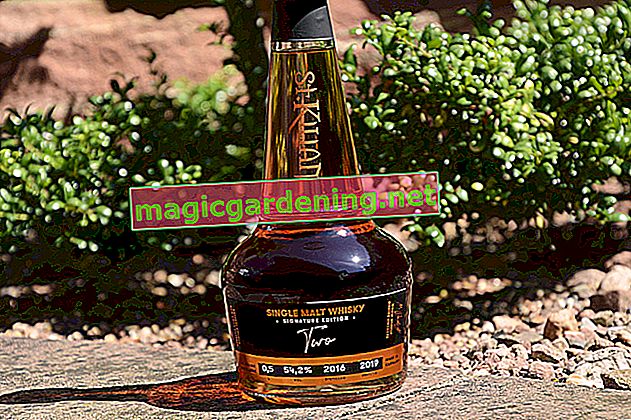 Where can you find the Krause mother hen?

The frilled mother hen (Sparassis crispa), also known as the fat hen, is one of the coral mushrooms that bear their name for a reason: They have a special form that is outstanding in the mushroom world. The surface of the mushroom, which grows like a cauliflower, is dense, curled to wavy. The frilled mother hen must be firm and almost white when young, older specimens - recognizable by their dark brownish to brown color - should be left standing, they taste tough and bitter. Do not take the whole mushroom with you, just the clean, white parts and remove tough stems in the forest. You can usually find the aromatic edible mushroom at the foot of pine trees between July and October, and less often under other conifers.

Before drying, the Krause mother hen must be cleaned well, as not only sand, earth and pine needles are hidden in its coils, but also all kinds of animals such as beetles and snails. The easiest way to clean the fungus is to cut it into small pieces (no more than five millimeters thick to dry), dust them thoroughly with flour and rinse them in running water. This process is repeated until the mushroom is clean. However, you must then dry the mushroom pieces thoroughly, otherwise the drying process will take too long.

Drying the frilled mother hen properly - this is how it works

The washed and dried pieces of the frilled mother hen should never be strung on and allowed to air dry - the moisture will always mold and spoil them. It is better to dry the mushroom in the oven or in a dehydrator instead. Buying a dehydrator or drying oven is particularly worthwhile if you often want to dry mushrooms, but also fruit, vegetables and herbs yourself. However, drying in the oven is also quite simple, but takes a comparatively long time at around five hours. How to do it:

The mushrooms are sufficiently dried as soon as they can no longer be bent. Instead, they should break right away.

The spicy frizzy mother hen does not lose its aroma through freezing.