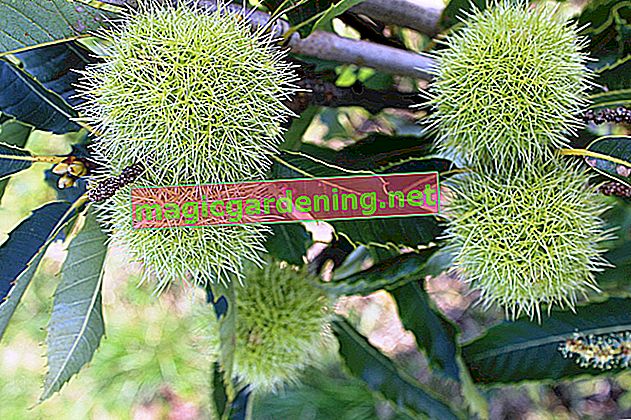 Quince quinces are not poisonous

Japanese and Chinese quince form fruits about five centimeters in size. The ornamental quinces are quite sour and very hard even when ripe, so that they are not suitable for raw consumption.

In addition to vitamin C, they contain a lot of pectin. The juice of the quince can be used as a substitute for lemon juice. However, it is not that easy to squeeze the fruit to get significant amounts of juice.

When are ornamental quinces ripe and can be harvested?

Only when the fruits have turned a rich yellow or reddish color are they ready to be harvested. The degree of ripeness can also be recognized by the aromatic scent of the fruit.

Harvest fruits that you want to process as late as possible. The aroma unfolds best when the ornamental quinces have gotten a little frost. However, they should then be harvested immediately and consumed immediately.

By boiling the pips and the shell, the jelly will later become very firm. The ratio of quince mixture and preserving sugar is 1: 1. You should not use less sugar so that the jelly becomes sweet enough.

Raw ornamental quinces that were harvested before the first frost can be stored for many weeks without spoiling. Store them in a cool, dark place.

You can also leave the fruit on the bush. There they serve as additional food for the domestic birds in winter.

: Ripe Chinese and Japanese ornamental quinces give off an intense scent. Put a quince or two between the laundry in the linen cupboard. Bed linen and towels lose the often unpleasant cupboard smell.