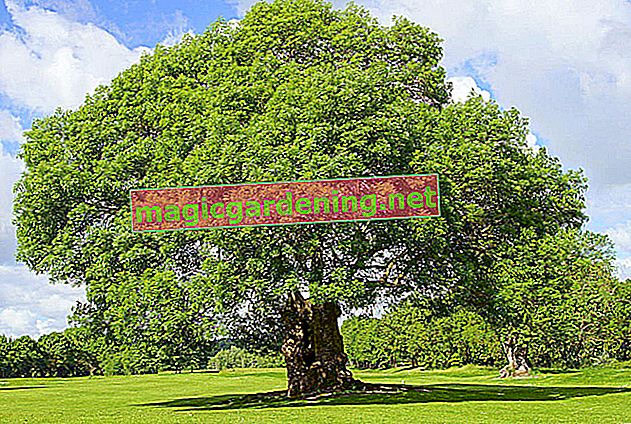 The fruits of the ash are small, winged nuts. In technical jargon, their appearance is called Samara. Another nickname is the name of the screwdriver pilot. The following properties are important:

The fruits of the ash begin to ripen at the end of August at the earliest. At the end of September and beginning of October the wing nuts are finally fully developed. The deciduous tree spreads by the wind, which carries the seeds up to 100 meters. With this form of pollination, the ash is an exception in its tree genus. Normally, the so-called anemophilia, as botanists call the spread of the seeds by the wind, only occurs in unisexual flowers. The flowers of the ash are mainly hermaphroditic. Only the elm also has this atypical characteristic.

The seed germination takes place on the surface of the earth. If a young ash shoot grows in an undesirable place in your garden, you will recognize the germ formation at an early stage and you can either remove the tender shoots completely or transplant them to a more suitable place.

Peculiarities of the fruits of the ash

However, it takes some time for the ash to reproduce when its fruits are shed. After formation, the nuts remain on the tree for a whole year. This property makes it easier for you to distinguish an ash from other deciduous trees even in winter, regardless of the foliage or the appearance of flowering.