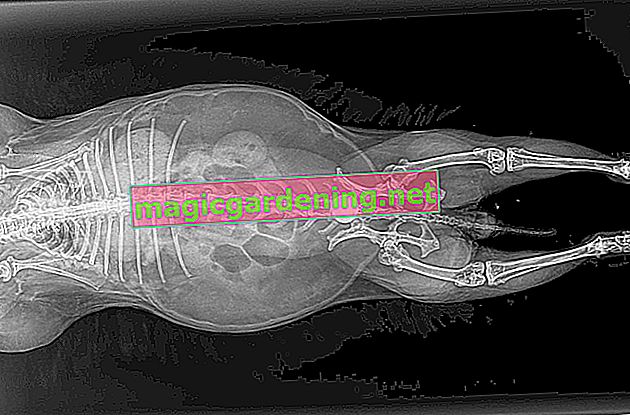 Holes in the leaves indicate a shotgun

Shotgun disease is triggered by the fungus Stigmina carpophilum, which is very resistant. It survives even deep minus degrees in the fallen plant parts as well as the shoot tips and infected leaves of the cherry laurel. The heat generated during composting does not kill the fungus either. For this reason, you should dispose of infected parts of the plant in the household waste, as you would unintentionally spread the fungal spores throughout the garden when you apply the fertilizer.

First of all, the shotgun is expressed by bright spots on the top of the sheet. As a result, the spots turn brown, the leaf structure changes and becomes thin and brittle. The plant defends itself against the fungus and repels the necrotic tissue. The foliage becomes full of holes and looks like it has been shot at with a shotgun.

If the cherry laurel is attacked by the fungus Monili laxa, the edges of the leaves initially turn yellow, hang limply and finally fall off. If you look closely, you can see a fine mushroom lawn on the foliage.

If the cherry laurel falls ill with powdery mildew, you can recognize this by the white coating on the upper side of the leaf. The plant looks like it has been dusted with flour.

Downy mildew, on the other hand, settles on the underside of the leaf and is visible as a fine, grayish fungal down.

Measures in the event of fungal attack

Regardless of which fungus has attacked the cherry laurel, you should cut back the diseased parts of the plant deep into the healthy wood. Destroy the clippings in the household waste so that no other plants can be infected.

Splashes with milk or vinegar work naturally against powdery mildew and fungi. However, these environmentally friendly measures require some consistency, as the funds have to be applied several times.

If a large part of the leaves and shoots of the cherry laurel are attacked, chemical pesticides are often the only solution. Since fungi also develop initial resistances, it is important to use a suitable fungicide and, if necessary, to spray the plant with several active substances alternately.

The same applies to fungal infections in cherry laurel: prevention is better than cure. In addition to the correct location and a loose structure of the bushes through regular pruning, you can strengthen the plants with natural means such as nettle manure.