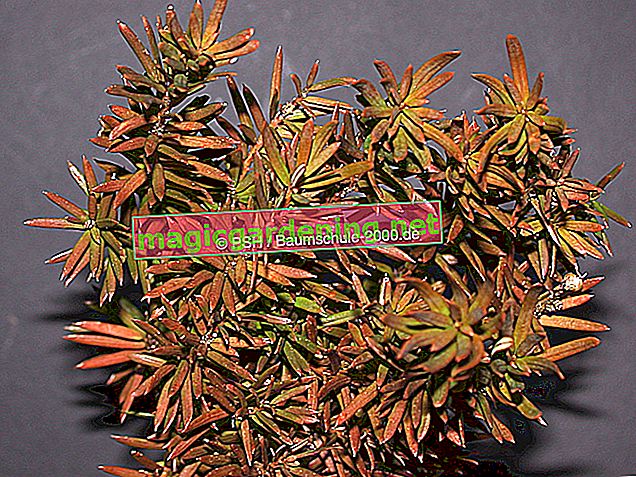 Causes of brown needles on the yew tree

You need to investigate more closely why a yew tree has got brown needles. If the branches break easily, the yew tree may have dried up.

If there are feeding channels in the trunk or if you find lice on the needles, it is a pest infestation.

If the brown needles appear after a long, sunny winter, they are simply burned. That is not a problem. The yew will quickly recover from this.

Can the yew tree still be saved?

Whether a yew tree with brown needles can still be saved depends on how severely the tree is infested. If it dries up, you can try to cut back the yew a lot and then water it well. Usually the trees recover.

In the event of a pest infestation, cut off all branches with brown needles. Break up ant trails and employ biological pest controllers such as lacewings, nematodes and ladybugs.

A strong, healthy yew tree can usually cope with diseases and pests on its own. If she is lacking in nutrients, if she is getting too little or too much water, you should remedy the situation.

A good preventive measure is to mulch the earth under the yew tree. The water balance is well regulated by the mulch cover. The yew tree cannot dry up as quickly, even if it rarely rains.

The yew tree is fertilized by the mulch cover at the same time and thus supplied with many nutrients.

Yellow, soft needles of the yew tree indicate fungal attack. Cut off all affected branches generously and dispose of them with household waste. Thinning out the tree or hedge so that the air can circulate better again.