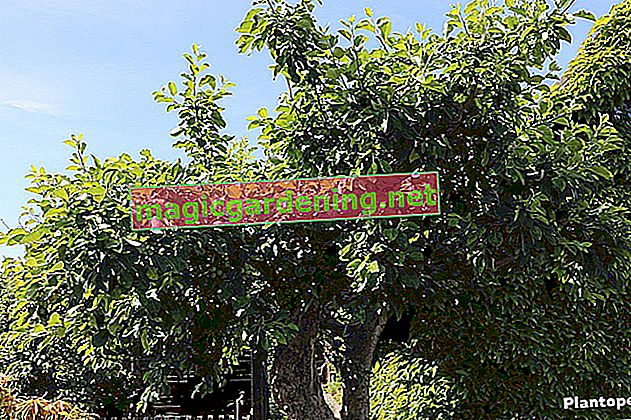 The best time is in February

In the private garden, the month of February has emerged as the ideal time for pruning willow trees . For the gardener, the appointment scores with a good overview of the structure and arrangement of the shoots, because at the end of winter they still have no leaves. The trees themselves are in the transition from the winter sap dormancy to the beginning of budding, so that pruning measures have a gentle effect. Last but not least, a late winter cutting date complies with the protection of nature and the regulations in the Federal Nature Conservation Act.

Choose a day with cloudy skies and dry weather. The temperatures should be in the frost-free area. The lower tolerance limit - 5 degrees Celsius has proven itself in practice.

Ornamental willows flirt with elegantly hanging branches or shine in colorful foliage. Hobby gardeners have long since succumbed to the charm of kitten willow, harlequin willow or corkscrew willow. So that the decorative willow varieties present themselves from their most beautiful side each year, pruning takes on a key function. How to masterfully cut an ornamental willow:

The good-natured pruning tolerance of a willow allows a wide margin of discretion. If you cut the crown of a harlequin willow by up to two thirds, promote the blaze of color. Ornamental willow 'Hakuro Nishiki' has the most beautiful green-white-pink-colored leaves on this year's shoots. A corkscrew willow should at least be thinned out for light-flooded growth. Over-long shoots are only cut back if they disrupt the overall picture or become brittle in advanced age.

A summery care cut brings new momentum to the colorful leaf dress of a harlequin willow. Over time, the fresh leaves turn green and lose their radiance. When the willow pauses briefly between late June and mid-July , it is the best time for moderate pruning . If you shorten the branches of the crown or bush in the area of ​​this year's growth, brightly colored leaves will sprout again.

The main season for pruning willow trees is winter. To protect our bird life, the Federal Nature Conservation Act permits radical pruning from October 1st to February 28th. The permit is valid provided that no wild animals overwinter in the hedge, bush or treetop. During the summer grace period from March 1st to September 30th, moderate pruning measures are permitted, provided they are limited to this year's shoot growth.

In order for a pollarded willow to retain its authentic habit, you should prune the tree every year. In this way you will motivate the willow to continuously produce thin, pliable shoots without the crown becoming too heavy. Regular cutting also has the advantage that there are no large cuts. How to do it right:

To cut a pollarded willow, you need two-hand pruning shears with telescopic arms and a folding saw. (€ 17.70 at Amazon *) You can manage shoots up to a maximum of 3 centimeters in diameter with pruning shears, which ideally have a power-amplifying ratchet mechanism and a bypass mechanism. You can master thick branches with a Japanese saw.

A cut in old willow can leave major wounds. Do not seal the wound surfaces with tree wax . Scientists and tree surgeons have shown that an airtight seal has a number of disadvantages. Among other things, the valuable dividing tissue is prevented from overlying the wound. It is better to smooth cuts with a clean, sharp knife. If temperatures below freezing point are still to be feared, thinly coat the outer wound edges with tree wax (5.99 € on Amazon *) to protect the cambium from frost damage.

A characteristic feature of weeping willows is a growth with picturesque drooping shoots. Some of the branches grow upright, but rarely far beyond the grafting point. Over the years an imposing, sweeping crown develops. A weeping willow naturally unfolds its magnificent appearance. In contrast to their diverse conspecifics, a cut is rarely on the maintenance plan. Too dense growth with balding shoots is the most common reason for the following pruning:

The figure below illustrates the incision as a combination of shape and clearance cut. It is important to note that you do not cut into the finishing point. This is located in the transition from the trunk to the hanging crown. The shapely, natural growth is retained if you do not simply cut off branches that are too long or heavily ramified, but purposefully divert them to a young side shoot. How do I prune a three-year-old corkscrew willow so that it grows as a dense shrub with privacy protection?

This spring we planted a kitten willow that had pretty flowers. Now in June, small shoots have formed on the trunk and directly from the ground. What to do? Can I still cut the ornamental willow now?

If shoots grow on tall willow trunks below the crown, they are wildlings. These must be cut cleanly at the trunk. You tear off wild shoots from the ground with a courageous jerk. At the end of June all willows stop growing for a short time. At this stage a slight pruning is possible until around mid-July, provided it is done in overcast and not too hot weather and is limited to this year's growth.

Which types of willow are suitable for cultivation as pollard willow?

Traditionally, the basket willow (Salix viminalis) is grown as a pollard. The original aim of this special form of education was to harvest long rods for basket weaving. Therefore wicker is also known as wicker and hemp willow. Silver willow (Salix alba) and purple willow (Salix purpurea) are also possible.

Can I use the clippings from a willow tree for propagation?

The striking vigor of a willow makes propagation with cuttings a successful pleasure. You can use the clippings for this purpose if they are half-woody, finger-thick shoots with a length of 20 to 30 cm. Put a shoot two-thirds into the ground so that only a few eyes look out. In the partially shaded, protected location, please ensure that the soil is constantly slightly moist so that the rooting progresses quickly.

Our weeping willow is 2 years old and 5 meters high. The tree has settled in well. However, side shoots grow in clusters in the lower trunk area. What to do?

You can and should remove the shoots. They are wildlings who strive to overgrow the beautiful noble cascade crown. Furthermore, the uninvited shoots remove valuable nutrients from the tree. Cut off each wildling just before the trunk bark. You do not have to deal with the interfaces any further because they close by themselves.

Cutting in frost affects a willow just as massively as the complete renouncement of pruning. Although Salix species forgive most of the mistakes in a good-natured manner and iron them out on their own, you should be familiar with the most fatal errors. The following table lists the three most common mistakes with scissors and saws and gives tips for prevention:

Transplanting a pasture is closely related to pruning. Every change of location means the loss of root mass. The resulting imbalance between subsurface and aboveground growth pushes every wood to its limits. By shortening all of the shoots by a third or half, you restore balance. Incidentally, this premise does not apply to willow trees in pots that are repotted.