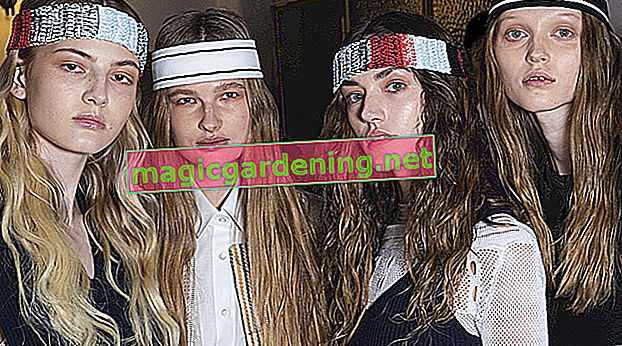 Snail eggs are whitish, translucent and spherical. Their water-white color makes them stand out from the earth. They can be the size of the head of a pin and lie loosely together in small clusters. By pressing you will find that snail eggs are very soft and give way easily. If in doubt, refer to pictures of snail eggs.

If you find suspected snail eggs, pay attention to the surrounding conditions. The location gives you clues as to whether it is a snail clutch. Snails prefer well-protected and moist areas as their egg-laying place. They prefer to place their clutches in compost, under densely growing plants or in caves and dead wood.

This is where you should look for snail eggs:

When do snails lay their eggs?

The Spanish slug begins to place its eggs in suitable places from the end of June. There is a high point between August and September. In particularly mild years, the egg-laying extends into December. It is therefore important that you remove clutches of this type before winter. The eggs overwinter and cause a plague of snails the next spring.

This is what depot pellets look like from the inside

Nutrient salts are coated with a layer of synthetic resin. This shell has fine and microscopic pores. In the earth, the spheres soak up water so that the powdered nutrient salts are dissolved inside. The dissolved salts are sucked out of the grain with the water. This process is slow, so the plants are supplied with nutrients for up to six months. However, there are depot pellets that act for different lengths of time and are colored yellow, green or red depending on their duration of action. How can I get rid of snail eggs?

Roman snails eat snail eggs and thus prove to be useful helpers in the fight against slugs. Tiger snails are also beneficial insects and should be spared. The simplest way to kill eggs from unwanted slugs is to dry them out. Place the clutch in a sunny place. Hedgehogs and birds clean up the leftovers.

Snail eggs in the aquarium Often eggs are introduced into the system by aquatic plants. As soon as the young hatch, they spread en masse. Such spontaneous accompanying fauna can have a positive effect on the habitat, because water snails accelerate the decomposition of organic residues.

How to spot snail spawn:

Many clutches are difficult to remove, so you should remove the adult snails from the aquarium. They can be attracted with a lettuce leaf or a piece of cucumber. As soon as the animals have settled on the treat, you can remove it from the water. To avoid introduction, wash newly purchased aquatic plants thoroughly before planting them.

Visible clutches on the compost can be collected and left to dry out in the sun. If you find that snail eggs have also been deposited in deeper layers, you should mix the compost thoroughly and regularly. Ensure good ventilation and prevent the substrate from becoming too wet. In a functioning compost, temperatures of more than 60 degrees arise during hot rotting. Here, snail eggs are killed.

If snail eggs have survived despite the high temperatures, store the substrate in the sun or over a large area on the unplanted bed before spreading. The remaining eggs dry out quickly here. It can happen that snails lay their eggs in the potting soil or on the substrate surface. This is the case when you place potted plants on the terrace and balcony in summer. Since the plants are often watered, a warm and humid microclimate is created in the pot ball. Wild vegetation, as is the case in some window boxes (€ 106.25 at Amazon *), favors the survival conditions for snail eggs.

How to destroy snail eggs:

If you're not sure, crush the supposed egg between your fingers. Depot fertilizer balls crack when the synthetic resin shell breaks. Snail eggs are slippery to the touch and can be crushed noiselessly.

Preventing snails in the garden

Since chemical agents are unsuitable for fighting snails, prevention is of great importance. If snails have already settled, check the snail hotspots regularly. You can bring the volume under control with suitable measures.

Dig up your beds in late autumn after laying the main eggs. It is beneficial to level the crumbly soil evenly. In this way, snails do not find any hollows and are prevented from laying eggs. The measure should be repeated in early spring so that previously undiscovered egg clutches can be exposed and removed.

Snails overwinter at a young age or in the egg stage. Therefore, the eggs laid in autumn are a spring hazard.

If you have been struggling with a snail plague for a long time, you should avoid a layer of mulch. This protects the soil from drying out and ensures a warm, humid environment in which snails also feel comfortable. If you still have to mulch in spring, you should remove the layer from the beds no later than August.

How long does it take for snail eggs to hatch? When exactly young snails hatch depends on the type and time of egg-laying. The Spanish slug lays eggs several times a year. From clutches that were produced in June, snails develop in the same year. Eggs deposited later outlast the winter so that the juvenile snails hatch between February and March of the following year.

The temperature also has an influence on the speed of development. At 20 degrees, the first snails hatch 30 to 37 days after laying eggs. Temperatures between ten and 15 degrees are ideal. If the thermometer rises above 25 degrees, development stalls and the eggs die.

Can I specifically hatch snail eggs?

If you know that it is a useful species, you can collect the clutches and place them on moist soil in a jar. Place the glass in a shady, mild place and ensure high humidity. But be careful, because Roman snails are protected. Snails and their clutches may not be collected from nature.

I bought a pack of potting soil and when I opened it I noticed little yellow balls. Are these yellow snail eggs?

You don't have to worry about purchasing contaminated potting soil. Snail eggs are not yellow, but whitish and translucent. When you take the yellow colored globules in your hand, you will feel a firm consistency. Snail eggs would not be easy to touch because they are very soft and sensitive to pressure. They feel damp and slippery. By the way, the fertilizer pellets can also be colored green. This colored coating gives gardeners information about the duration of the fertilization effect.

I don't think there are little balls of yellow fertilizer scattered around my garden. Are there any other eggs that could be used?

If the eggs are lemon yellow or brownish in color and more or less pointed at both ends, it may be an egg capsule from earthworms. This earthworm cocoon contains a nutrient liquid so that the offspring are well supplied. Earthworms lay their eggs in the upper layers of the soil and often cover them with a protective covering made of feces. Depending on the species, the size and color of the cocoons can vary. They are about two to seven millimeters long and at the beginning not translucent but shiny. In the course of development, the cocoons become transparent.