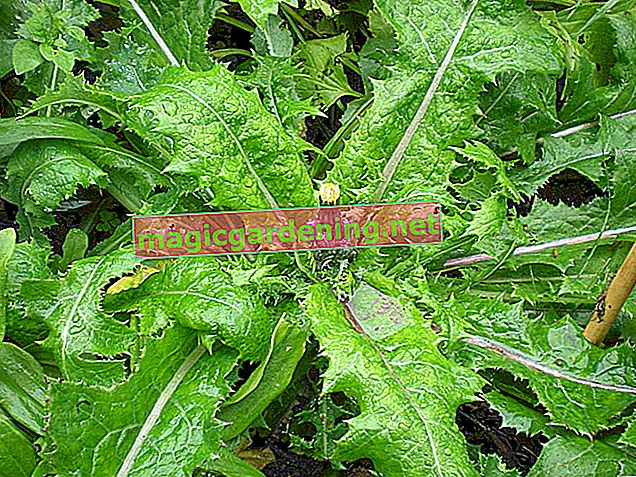 Deciduous trees with thorns - an overview

In addition to the deciduous trees listed here, some acacia species also have thorns. However, the Acacieae, which comes from the tropics and subtropics, according to the correct botanical name, are not sufficiently hardy here and can therefore only be kept in pots.

Plums as well as mirabelle plums, reefs, plums and apricots often have thorns in their wild form, which, however, often lose themselves with increasing age of the tree or shrub. Thorny plums are often seedlings of cultivated forms or wild shoots that grow from the substrate of a graft.

The wild apple, also known as crab apple, which is widespread in Central Europe, develops numerous withering short shoots. Incidentally, this is not the original form of our cultivated apple (Malus domestica) - it most likely comes from the Asian wild apple (Malus sieversii).

Like the wild apple, the wild or wooden pear also belongs to the rose family (Rosaceae). Like many members of the family, this tree, which can reach heights of up to 20 meters, has twigs and branches reinforced with thorns.

The native holly is an evergreen, mostly multi-stemmed large shrub or a tree that grows up to ten meters high. The coarse, single, glossy dark green leaves, which are more or less strongly corrugated and spiky serrated at the edge, are striking. Thus the thorns do not appear on the branches, but on the leaves.

The Gleditschie is a solitary tree that is often planted in parks and along streets. The deciduous tree, which is between ten and 25 meters high, has a loose, irregular and broadly spreading crown. Numerous strong, simple or branched thorns can be formed on the trunk and branches.

Robinia, which grows up to 25 meters high, is often incorrectly referred to as “acacia”, but is only very distantly related to it. Its twigs and young branches are typically armed with strong thorns. The robinia is one of the most nectar and sugar-rich beehives for bees.

If you come across a deciduous tree with small cones on a walk, it is not a botanical sensation: instead, alder trees form cone-like fruits.