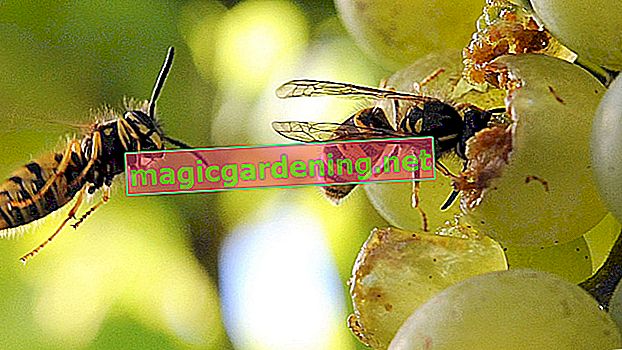 Wasps generally raise their offspring in fairly close quarters. The state-forming species also layer their larvae in sparingly staggered breeding chambers in order to obtain a stable nest structure with an efficient supply economy. Nevertheless, these nest structures, which in the end house around 7000 animals, need a little space overall - niches in roof trusses or the cavities in roller shutter boxes provide this.

The much larger proportion of the wasp species living in this country are not state-forming, but solitary. These include, for example, some clay wasps, digger wasps or pill wasps. With them, one female raises its brood alone. It goes without saying that the offspring cannot be so extensive.

So if you see a wasp flying in and out by your window frame, it is likely a solitary wasp. It may be that it has found a suitable shelter in condensation drainage channels or in abandoned beetle boreholes. A clear indication that the sub-tenant is a solitary wasp are brownish piles of crumbs on the windowsill. These are remnants of the loamy closure structures with which the female provides the brood cells.

Basically, solitary wasps in window frames are not a cause for concern. First of all, they are fundamentally peaceful and, due to their loner way of life, they are not nearly as dangerous as the wasp species that build up states. They are extremely unlikely to sting a person, and they are useful pest killers.

They also do not cause any major damage to the window frame because they only use existing hollow passages. However, if you are uncomfortable with the wasp in the window frame and you want to prevent re-colonization in the following year, you should clean an orphaned nest well in autumn. A condensation drain must of course not be closed, but a beetle borehole can. Simply use some clay or plaster of paris for this.