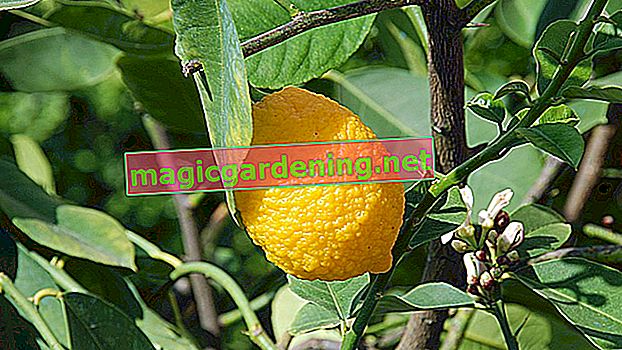 The lemon, an evergreen and rather small tree or shrub with a height of up to three meters, has been cultivated for thousands of years. The species is believed to originate from the foot of the Himalayas and is grown worldwide in tropical, subtropical and Mediterranean climates. Nowadays the main cultivation areas are in the Mediterranean area, in southern China and in Puerto Rico. The lemon is known in English as “Citron” and in Spanish as “Cidro”, while the lemon is known as “Lemon” (English) or “Limón” (Spanish). The lemon or, more correctly, lime is a cross between the original citron and the bitter orange.

Lime - the little cousin of lemon

The lime, on the other hand, in English “Lime” or in Spanish “Limero”, is closely related to the citron or lemon, but is still an independent species with numerous subspecies. The term “lime” literally means something like “little lime”. In fact, the fruits of the lime are significantly smaller than lemons, and the berries are usually harvested green. However, limes are juicier and more aromatic than lemons (ergo limes), which is why they are very popular for preparing cocktails or for cooking or baking. However, limes also contain significantly less vitamin C than their big, yellow cousins. By the way, lemons have a longer shelf life than the thinner-skinned limes thanks to their thicker skin.

Nutritional values ​​of lime and lime in comparison

In addition, fresh lemons still contain chloride, sulfur, potassium (up to 170 milligrams per 100 grams of fruit!), Phosphorus (16 milligrams) and small amounts of copper, fluoride and iodine.

Lemon lemons have very little pulp, which is why the thick fruit rind is mainly used. This is candied (as lemon peel) processed in baked goods and sweets. The berries are also used to flavor dishes, to make jam, as a component of salads and to flavor soft drinks and alcoholic beverages.