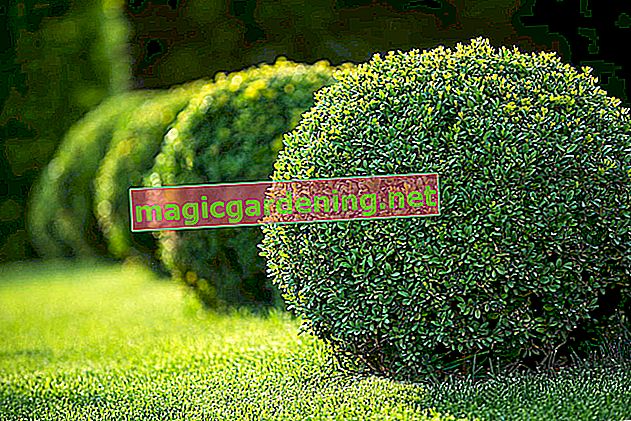 The fruits of Paulownia tomentosa, as the bluebell tree is also called, are similar to nuts, but are not suitable for consumption. They are considered inedible to slightly poisonous, also for dogs and other animals.

However, since the fruit is not particularly attractive, you usually don't need to worry. It is unlikely that children or animals will nibble on it, especially since the fruits only fall from the tree in spring when they are completely dry. The seeds are also considered to be slightly poisonous. However, they are quite nondescript and not very tempting.

Are the leaves of the bluebell tree also inedible?

Unlike the fruits of Paulownia tomentosa, the leaves of this tree are quite edible. In their Asian homeland, consumption is quite common, they are considered to be tasty. The taste of the rather large heart-shaped leaves is similar to that of fresh spinach. You can also use the foliage as animal feed.

In contrast to many other deciduous trees, the bluebell tree has no autumn colors. The leaves remain dark green until they fall off. The tree only sprouts new leaves after flowering in spring.

The leaves of the bluebell tree are some of the largest leaves you can find on trees, and they are even edible for humans and animals.