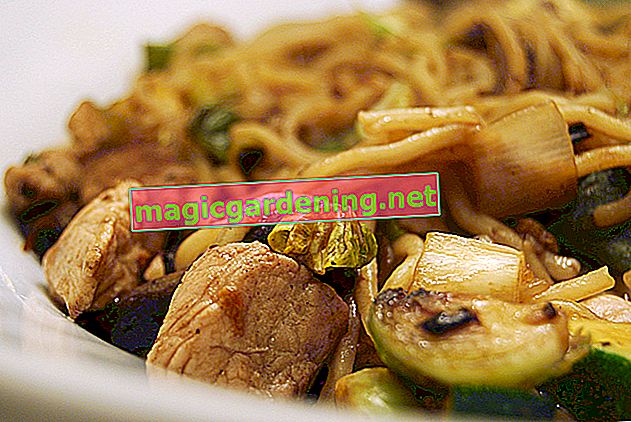 Green beans contain the protein compound phasin, which is toxic to humans, just like other common beans such as French beans or fire beans. Like all proteins, phasin is sensitive to heat and is therefore destroyed when it is cooked. To be on the safe side, the green beans should cook for at least 10 minutes.

What happens when you eat French beans raw?

Green beans are highly toxic in their raw state. Just five beans are enough to cause severe symptoms of poisoning in an adult. Since Phasin affects the transport of oxygen in the blood, the following symptoms occur after two to three hours:

If more than ten beans are consumed, death can even result. Green beans are particularly dangerous for children. Due to their low body weight, five beans are enough to cause fatal poisoning in children.

What to do in case of poisoning

If only one bean has been eaten, a sufficient supply of fluids can counteract poisoning. However, if bean poisoning is suspected, a hospital should be visited immediately, where the poison will be removed.

If you have young children and pets, fencing the green beans is a good idea. You should also make sure that the beans do not fall into the wrong hands during harvest. Always cook your green beans thoroughly and throw away any trimmings.

Now do not panic and remove your green beans from your garden. Raw beans are not particularly appealing, so it is extremely unlikely that a child would harm them.