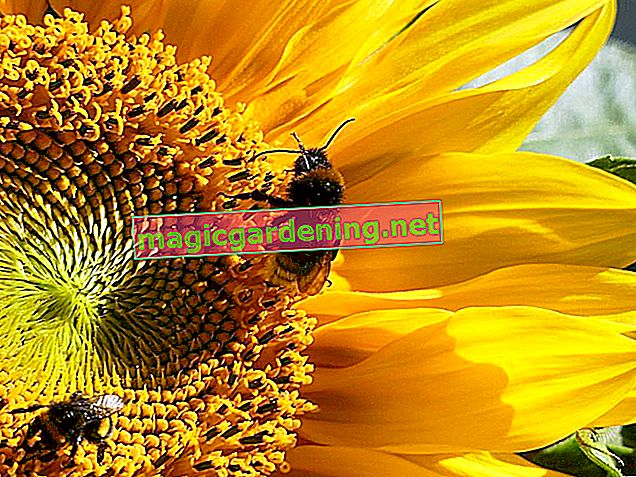 Rough meadows are among the most species-rich meadow types, as the lime-rich and nutrient-poor soil ensures that plants that are particularly weak in terms of competition thrive - in contrast to, for example, a fat meadow, where only fast-growing grasses and flowers have a chance due to the high nitrogen content. As a result, poor meadows contribute to the fact that rare plant species are saved from extinction. In addition, rare butterflies serve as a source of food for rare butterflies.

Rough meadows typically have an almost manageable number of flowers and herbs, all of which cannot possibly be listed here. A few typical representatives should nevertheless be named:

Which flowers and herbs can be found on a poor meadow is primarily determined by the type of poor or dry meadow. In Germany (and in general in Central Europe), the sand-poor meadows and the lime-poor meadows are particularly widespread.

In order to create a lean meadow, you first have to lean the existing soil. If, for example, a dry meadow is to be created from a lawn or a greasy meadow, you must first prevent the vigorous grasses from growing, because they displace flowers and herbs that grow more slowly. Since grasses need a lot of nitrogen for their growth, you should stop all fertilization as a first step. Then proceed as follows:

Rare meadows should not be fertilized under any circumstances, as otherwise fast-growing grasses will regain the upper hand and biodiversity will decline.

If possible, mow the poor meadow only once a year in September, when the late-blooming plants have all of them.