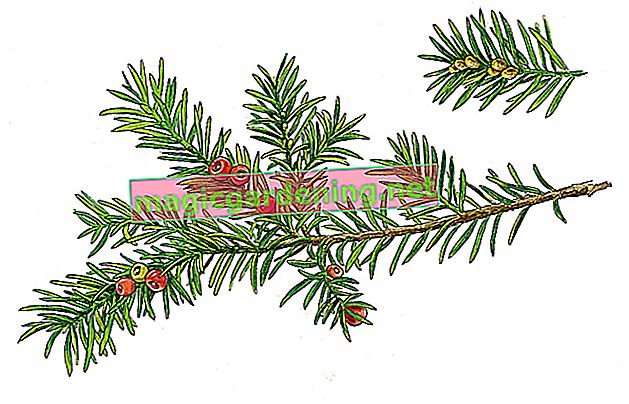 Can you safely cut a yew tree?

There is only a risk of poisoning from yew if you consume parts of the yew plant. The poison is in the stem, needles and the kernel of the fruit. The pulp itself is edible and birds love it.

Cutting the yew is therefore not dangerous. However, you should still take a few precautions when setting out to rejuvenate or shape the yew tree.

The sap can cause inflammation

When the yew is cut, the sap comes out. If it gets on bare skin, it can cause serious inflammation. There are also gardeners who tell of skin irritation on the face because they got needles of the yew tree on the sensitive skin of the face while cutting.

While these injuries are not life threatening, they are of course very uncomfortable. They can be avoided by taking appropriate precautionary measures.

Precautions when cutting a yew tree

Don't leave the clippings in the garden, especially if you have pets who may be gnawing on the branches. There is also a strong risk of poisoning for animals if they eat parts of the yew tree.

What to do with the remains of the yew tree?

Only add healthy clippings to the compost. Chop up the yew scraps before composting them. Otherwise the decomposition process takes a very long time. Mix the yew tree with other compost components to create a higher quality humus.

Cover the yew remains on the compost well so that no animals can tamper with it.

The best time to cut the yew tree

You can prune yew trees all year round, without even pruning the yew a lot. It survives cutting without any problems and even becomes denser with more frequent cuts.

It is only better to avoid a cut in the hot summer. At the cut points, the needles turn brown when exposed to strong sunlight. This is harmless to the yew tree, but it doesn't look so nice.

Yew trees are very easy on pruning. They can be cut into any shape you want without endangering the tree. That is why the yew is one of the most popular topiary trees and tubs in the garden.