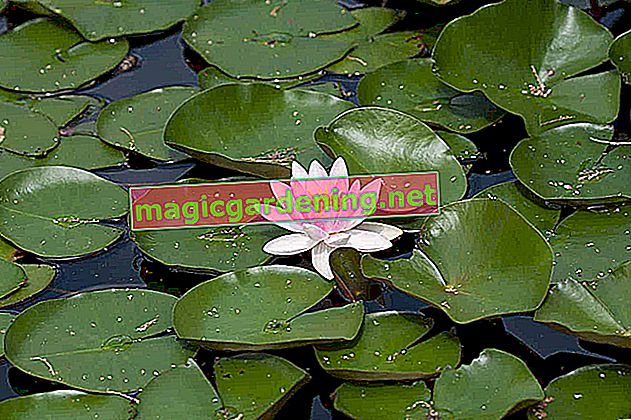 Leeks are undemanding. He feels comfortable in a sunny, somewhat sheltered location.

Leek is a heavy eater and needs a lot of nutrients. The soil is dug deep and improved with compost or manure. If the soil is too heavy, mix in some sand.

Is leek preferred or is it sown outdoors?

Does the leek have to be replanted?

Yes, leeks are transplanted as soon as the plants have reached a height of 15 centimeters. They are set as deep as possible in the ground so that long white shafts develop.

What row and plant spacing should be observed?

How is leek poured?

Leeks need a lot of water. However, waterlogging must be avoided at all costs. Give enough water in the morning and in the evening that the soil is well moistened.

Does the leek have to be fertilized?

As a heavy eater, leeks need additional fertilization every month. Nettle manure or a nitrogen fertilizer for vegetables are well suited.

When is the leek harvested?

Leek can be harvested five to six months after sowing. Summer leeks are harvested from August / September. Winter leeks can stay in the bed until December. As soon as inflorescences grow, leeks are inedible.

Is leek suitable as a mixed culture?

Which plants does leek not get along with?

Other bulbous plants and beetroot should never be planted on the same bed as leeks.

Which pests and diseases can occur?

When growing leeks, various diseases and pests can occur that cause the leeks to become inedible. This includes:

Nets over the beds and regular checks keep the damage within limits. The best preventive measures are a suitable location, good water supply and adequate nutrient supply.

Can leek be propagated?

After a while, the leek sprouts inflorescences. The leeks can then no longer be used. Leave the inflorescences on the plant to harvest seeds. If they are cut off, the plant forms small bulbs that can be transplanted into the bed.

Sow autumn leeks in July on already harvested beds with a good supply of nutrients. Winter hardy leek varieties ensure fresh leek vegetables from your own garden, even in frosty conditions.