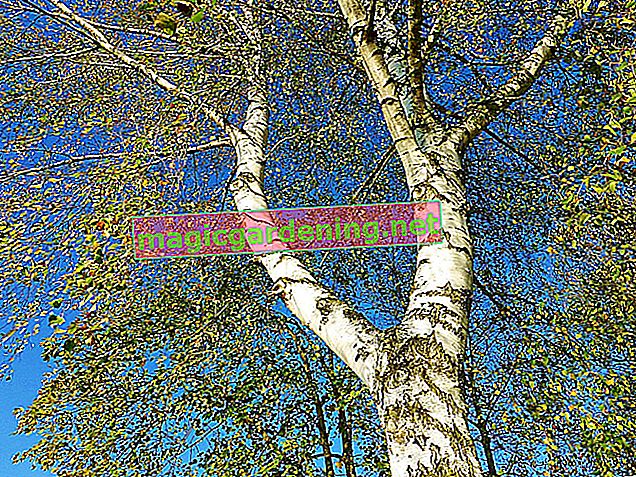 When is the birch in full bloom?

Birch blossoms between March and May. Birch trees form their first unisexual flowers at the age of five. Freestanding trees are really sexually mature when they are around ten years old. The male flowers emerge as early as autumn of the previous year. They hibernate until they open the following spring. As single trees, there are also female catkins on the same tree in addition to the male.

Attention, flowering time is the same as pollen time

As a pioneer plant, the birch releases large amounts of pollen through its male catkins for extremely effective wind pollination. Every year allergy sufferers have to struggle with the very strong allergen birch pollen in the spring months. You should therefore consider and rule out any possible allergies in yourself or your environment before you plant a birch.

Male birch blossoms are up to ten centimeters long, significantly larger and more conspicuous than the female kittens. Since they have already hibernated, male flowers hang from the ends of the older shoots. They are of a strong yellow-orange color and are elongated, cylindrical in appearance. The female blossoms of the birch, on the other hand, look rather inconspicuous. Only two to four centimeters tall, they initially appear pale yellow-green. Towards the end of summer, however, they take on an intense light brown shade. When looking for female flowers, always look at the ends of this year's young and leafy short shoots.