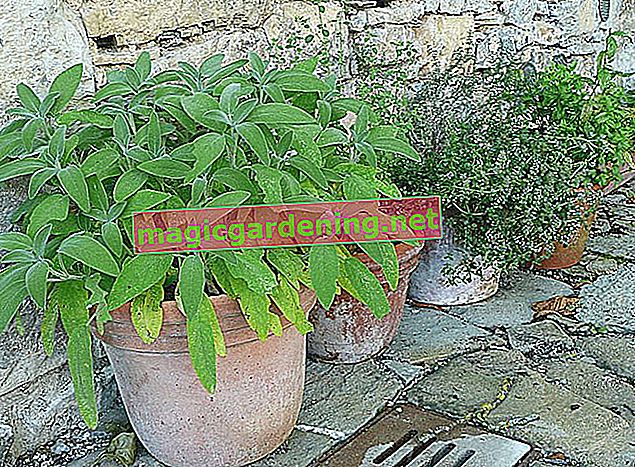 The botanist does not understand the term “terrestrial orchid” to be a precisely defined genus, but simply terrestrial or semi-epiphytic orchid species. Earth orchids can be found on all five continents, where they colonize a wide variety of habitats. Although the largest part is native to the tropics and subtropics, numerous species are also native to the temperate and Mediterranean climatic zones - around 60 different terrestrial orchid species grow in Germany alone, but they are threatened with extinction and are therefore under strict nature protection.

Earth orchids inhabit different habitats. Many species are native to swamps and moors, others thrive in deciduous and mixed forests, in savannas, steppes and other wasteland. What they all have in common, however, is that they only inhabit habitats that have remained originally and are therefore never found in regions with intensive agriculture. Some species also thrive as a kind of cultural follower by using abandoned niches - for example abandoned vineyards, gravel pits, etc. However, many terrestrial orchids can only grow where they can enter into a symbiosis with specific fungi - the plants, which are mainly found in very poor soils, are dependent on these for their own nutrient supply.

With the exception of the tropical species, the terrestrial orchids, which come from the cool and temperate climate zones, follow certain rhythms of life that must also be observed when cultivating in the home garden. On the windowsill, however, these species are very difficult to cultivate for the layperson due to their very special needs. Therefore, the culture in the garden bed is recommended, for which, for example, the offspring of native species are wonderful. These grow from March / April, show - depending on the species - their flowers between April and July and then disappear again in time before the onset of winter in their mostly underground storage systems, the rhizomes or tubers.

As a result of intensive agriculture and growing urbanization, the population of native orchid species has been reduced to such an extent that they can only rarely be found in the wild. That is why all orchid species - not only those native to Germany, but also the tropical ones - are subject to the Washington Convention on the Protection of Species. Therefore, digging up or picking plants growing in the wild is strictly forbidden and punished with heavy fines.

A culture of the threatened terrestrial orchids in the garden makes an important contribution to the preservation of these fascinating plants. However, trading in terrestrial orchids is prohibited throughout Europe. Only plants from artificial offspring may be traded. Trusted dealers can always provide you with a CITES certificate (“The Convention on International Trade in Endangered Species of Wild Fauna and Flora”), in which the country of origin and evidence of artificial breeding are noted. Unfortunately, there are many black sheep on the market who illegally trade these rare plants.

Most native orchid species reach heights of up to 15 centimeters and develop correspondingly small, but orchid-typical flowers. In contrast to the boastful splendor of exotic species, their beauty does not immediately catch the eye, with one exception: Lady's slipper orchids (bot. Cypripedium hybrids) often develop towering flower stems with flower clusters that can contain up to twelve individual flowers. On the other hand, some lady's slipper species develop large individual flowers.

Even if the numerous species differ greatly in their growth forms and the formation of their flowers, they all have some things in common:

Terrestrial orchids form very diverse flowers. Few species develop single flowers, in most of the flowers are grouped in racemose or cylindrical inflorescences. Like the plants themselves, the flowers of most terrestrial orchids are rather inconspicuous and small. However, some varieties develop extremely attractive shapes and colors, which in many cases is due to a clever survival strategy: They form ingenious traps for insects that are supposed to pollinate the orchid flowers.

Which location and which subsoil prefer terrestrial orchids depends heavily on the selected species. Basically, these are divided into three groups, each of which feels comfortable in different garden locations.

Dry, nutrient-poor pastures and meadows are the ideal breeding ground for many rare plants, at least when they are not used intensively. The different types of Ragwort (Ophrys) feel just as comfortable here as the Pyramidal Hundswurz (Anacamptis pyramidalis) or the Buck's Belt (Himantoglossum hircinum). Earth orchids growing here also need a poor, dry subsoil and a lot of light in the garden.

In near-natural, poorly cultivated deciduous and mixed forests, terrestrial orchids thrive with little need for light. Here you can find various species of Stendelwurz (Epipactis) as well as delightful species such as the long-leaved forest bird (Cephalanthera longifolia), which mostly grow directly on the edge of a path or forest. If these terrestrial orchids are to be cultivated in the garden, light, partially shaded locations with humus soil are recommended.

Most of the terrestrial orchids cultivated in gardens, however, need a moist subsoil with acidic soil, because they are native to wet meadows or bogs. Various orchid species (Dactylorhiza) as well as the swamp stendelwort (Epipactis palustris) thrive here. Creating and planting a special bog bed is ideal, especially near the garden pond or an (artificially created) stream.

Most terrestrial orchids like to stand in constantly slightly moist soil. Especially during warm and dry weather you should check daily with a finger test whether the surface of the earth has dried. If this is the case, water the orchids with soft, lukewarm water. Do not use tap water, because like all orchids, the native terrestrial orchids do not tolerate lime and would perish sooner or later. Collected rainwater is best. In addition, you should never pour over leaves and flowers, but only on the root disc. If this is not stated for certain species, waterlogging should be avoided.

Earth orchids planted in the garden do not need any additional fertilizer as long as they bloom without problems. The absence of a flower can (but does not have to be, there are also other causes) due to a lack of nutrients. Your terrestrial orchids benefit from fertilization with self-made comfrey manure rich in potassium, which promotes flowering and growth and strengthens the plants' immune system and winter hardiness. Apply the brew in late summer / early autumn so that the nutrients can be absorbed by the underground storage organs. Then mulch the planting area with deciduous compost.

Orchids should not be cut back if possible, as their nutrient balance depends to a large extent on it. At the end of the growth and flowering phase, the plants draw all of the remaining nutrients from the leaves and shoots and store them in their rhizomes. The stored energy is released in spring when the orchids sprout again. If, on the other hand, the rhizomes were unable to store enough, the strength for new shoots is ultimately lacking. Therefore, you should never cut off withered flowers and shoots. Instead, wait until these can be easily plucked off - this is the sign that the plant is releasing these parts. The same applies to the main shaft, which you cut off just above the ground only after it has died out completely in autumn.

Although terrestrial orchids produce fruits with numerous seeds after flowering, seed reproduction is too complicated for the layperson. Orchid seeds can only germinate with the help of certain symbiotic fungi with which the plants enter the so-called mycorrhiza. Alternatively, orchid species such as the lady's slipper are propagated in vitro, but this is only possible under certain laboratory conditions.

Instead, orchid enthusiasts can reproduce many terrestrial orchids themselves by dividing them or by separating the bulbs:

Each new section must have at least two to three eyes, otherwise it can no longer sprout at the new location. Only divide adult, well-rooted terrestrial orchids and never young plants in the first years of standing - they would not survive the procedure. The best time to split is early spring, when the winter calm is slowly coming to an end and new shoots are not yet visible. Alternatively, you can also do this form of propagation at the end of the flowering period.

Some terrestrial orchids, such as the Pleione orchids, cannot be divided. Instead, these species produce annual pseudobulbs that can be used as brood bulbs. After the flowering period, cut these off with a sharp and clean knife and place them in a pot filled with clay granules and disinfected garden soil. The young plants should be cultivated in a planter for two years and only then planted out.

Native terrestrial orchids such as the popular orchids are usually sufficiently hardy. However, young plants are much more sensitive to frost than older specimens, which is why you should cover them thickly with fir or spruce branches or (beech) leaves after the autumn pruning and thus protect them from winter injustice.

A large number of native species are suitable for the garden, but also some terrestrial orchids from the Mediterranean or similar climatic regions feel comfortable in our gardens.

Native earth orchids for the garden