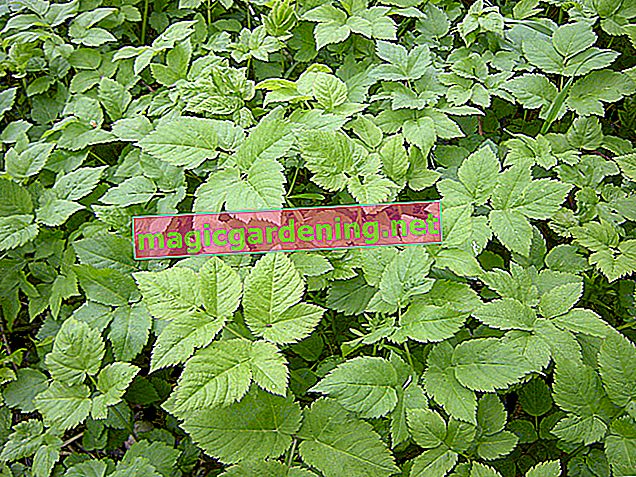 It is best not to use the flowers as a guide when determining ground elder! There are some species from the same plant family (umbelliferae) whose flowers look almost the same. For example, the spotted hemlock and the dog parsley, both of which are poisonous. Mixing up can have dire consequences.

Here are the characteristics that you can use to distinguish ground grass from dog parsley and spotted hemlock:

Similar plants that are harmless

But you can easily tell the difference between these two plants. If you know how: The elderberry has a round stem in cross-section (ground elderly triangular) and does not smell of parsley or carrot when ground.

Differentiate hogweed and ground elder from each other

The foliage of the hogweed also resembles the ground elder. However, it is slightly poisonous. In sensitive people, just touching them can cause skin irritation. Here are the differences between the leaves:

The best way to distinguish the ground elder from other umbelliferae is by its triangular stems and toothed leaves!