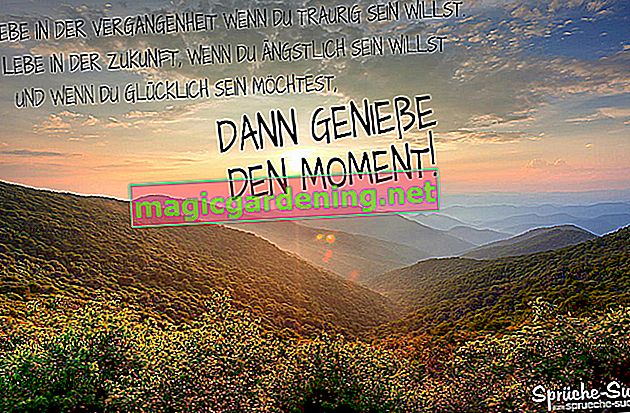 Spring also offers some types of edible mushrooms in some forest areas, which, however, usually cannot keep up with their summer successors in terms of taste:

After these types of mushrooms, which already appear in March and April, various types of porcini mushrooms can often be found in the forest from May onwards.

In summer, especially after periods of rain of a few days, mushrooms can often be found in large numbers in forests and along roadsides. Among them you can sometimes find large specimens of the following species:

Parasols and porcini mushrooms, like vegetables, are also suitable as healthy meat substitutes, they can even be breaded and fried like a schnitzel. Throughout the summer, the chanterelles, the gold of the forest, beckon with their fine taste.

In many places, autumn still has many specimens of porcini mushrooms, mushrooms and chanterelles ready when it is warm enough. Chestnuts and Boviste are mushroom varieties that can typically be found from August and September, in addition to Hallimasch. While an abundance of mushrooms can often be found in the forest in autumn, you should not get overconfident despite all the luck of the collectors. Only take those mushrooms home with you in the basket that you can safely determine as edible.

As mushrooms tend to absorb more pollutants such as heavy metals, they should not be collected near busy roads and industrial plants. In addition, you should always leave a few specimens at each place so that the mushrooms can continue to multiply naturally there. Carefully twist the mushrooms out of the ground or cut them off with a sharp knife so that another fruiting body can grow out of the mycelium in a short time.

Mushroom pickers have the best chances of eating mushrooms in large numbers when a few warm days follow a rainy season. At this point, the fruiting bodies often shoot out of the mycelium in the soil.